Two public hearings were held on Monday evening, August 11, 2008 during the regular meeting of the Edina Board of Alderman.

The first, a public hearing regarding an engineer’s report with respect to a project proposed by the Clarence Cannon Wholesale Water Commission (CCWWC). Following the public hearing, which generated no comment from the public, Council members voted unanimously to adopt Ordinance No. 670, an ordinance approving the engineer’s report and the issuance of bonds by CCWWC. The bonds, not to exceed $12,000,000 are for the purpose of acquiring, constructing, extending, and equipping improvements to CCWWC’s water system.

City Council members then heard the reading of the minutes from the prior month’s meeting, Collector’s and Treasurer’s reports, and gave their approval to pay the monthly bills.

Wastewater Superintendent Brad Eitel and Mayor Davey Strickler shared information regarding the recent inspection performed by the Missouri Department of Natural Resources on the wastewater treatment facility. Eitel reported a “good inspection” and said that the City was “in compliance”. Eitel was directed to clearly identify the outfall location with a posted sign, which he assured Council members he would do in a timely manner.

Superintendent of Utilities Mike Wriedt shared updates from the street and sanitation departments, as well as reporting the failure of two pumps in the lift station located at Farm and Home. According to Wriedt, the pumps have been sent in for repairs, and the combined cost will be approximately $8,600. However, the cost of a new pump is quite a bit more substantial.

A report was also heard from Edina Police Chief Roger Waibel. He announced that the deadline was that day for becoming compliant with the newly adopted ordinance governing the control of animals, (Pitbulls and Rottweilers) and for other purposes. Waibel said that he would begin issuing summons’ for those who are noncompliant with the ordinance immediately. He reported that out of approximately 36 letters mailed to citizens regarding tall grass, weeds, debris, vehicles, etc, only 8-10 are still an issue. In addition, the City continues to oversee demolition of numerous derelict structures in Edina.

At 8:00 p.m., Mayor Strickler opened the public hearing prior to setting the 2008 tax rates, to which there was no public comment. Following the hearing, Council members discussed the new rates amongst themselves and voted to set the amounts approved by the State Auditors’ office of .7610 for the General Fund and .1421 for the Special Light Fund, bringing the total to .9031.

In other business, Council members approved an application for a picnic license for the Knox County Cornfestival, as well as two applications for building permits, Joseph Campbell, 203 E. Jackson and Double D Construction, 404 W. Monticello, before adjourning. 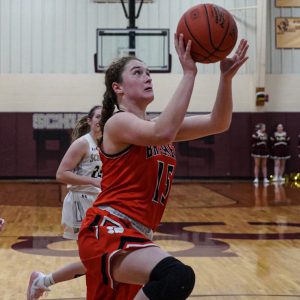