Edina, Missouri – June 13, 2020 – Thus far, the City of Edina, an exceptionally small predominantly white town of only about 1200 people, is one of a few ultra rural communities in the region to have hosted a protest calling attention to the Black Lives Matter movement ignited by the police killing of George Floyd in Minnesota, which has swept across the nation and around the world.

Shelton Boatman, 20, of Hurdland and Olexis Strange, 20, of rural Knox County invited people to the event by posting it on Facebook after Boatman attended a protest in Kirksville, MO, and felt moved to organize a similar protest in his home community with the help of Strange.

“This is an important event and it’s something that we shouldn’t just turn away and scroll (past) on Facebook. It needs to be present here in the community. And, this is a white community. We want everyone to know that this white community is supporting the Black Lives Matter movement,” said co-organizer Olexis Strange.

Approximately 15 protesters from Knox County and neighboring counties fanned out along the sidewalk in front of the courthouse holding signs and waving at motorists passing by on State Highway 6.

Protesters were greeted with many honks and waves in support of the Black Lives Matter movement most notably from big-rigs rumbling by – bearing both locally known and unknown names. There was also one racial slur, several middle fingers, a couple who called on them to switch their platform to anti-abortion, and a flag-flying golf cart supporting President Trump and Blue Lives Matter, which made several peaceful passes during the protest.

The organizers felt supported by their community and grateful for all the positive interactions they had with onlookers, which outweighed any negative or odd interactions.

“This is super important to me being half black. Just seeing the community support this matter and seeing people honking and waving and all the semis and people just honking – it’s incredibly important to me and my family,” said Strange.

“This is a predominantly white community, but that doesn’t mean we have to stay silent and complicit with what’s going on,” said co-organizer Shelton Boatman.

The Edina Police Department’s two-man force remained present during the two-hour protest to protect the rights of the protesters from being harmed or intimidated by any adversaries of the gathering.

A Knox County Sheriff’s Office Deputy was also in the area and helped maintain a police presence during the protest.

“I am very happy with what I have seen and that they feel free and comfortable to have this peaceful protest here in our community. I am especially proud of our police force for being on hand and making sure that they are able to exercise their right to peacefully protest without any harm. And, I’m very proud of them for speaking their opinion and voicing how they feel,” said Edina Mayor Alex Reel. 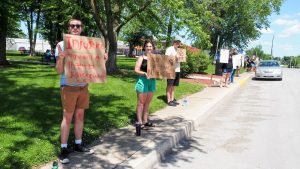 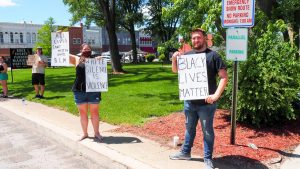 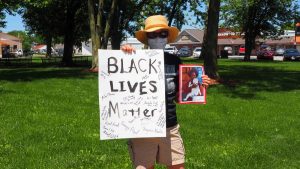 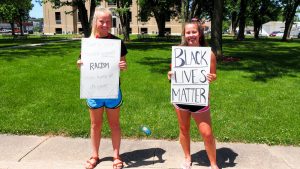 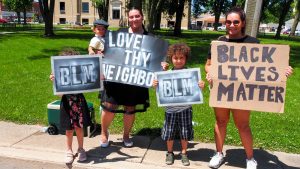 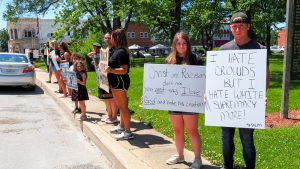 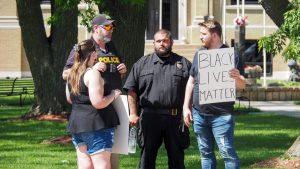 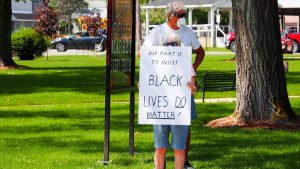 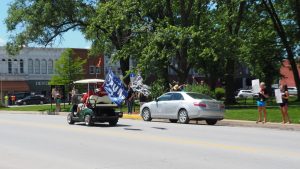 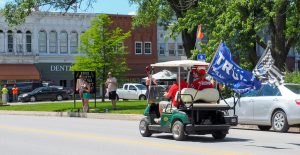 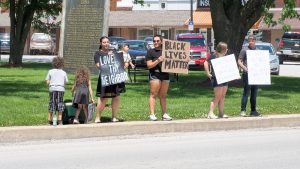 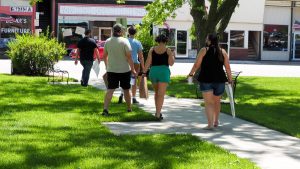 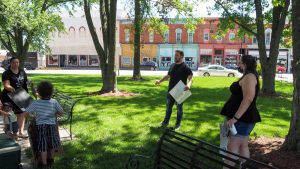 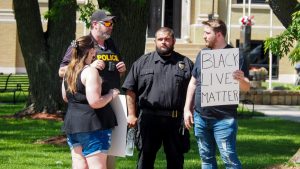 Protesters gathered on Friday afternoon, June 12, 2020, in support of the Black Lives Matter movement in front of the Knox County Courthouse in the rural community of Edina, Missouri. Photos by Echo Menges