Evan Glasgow was going about his business Monday, March 8 at Studio 106.

That’s where the Knox County Presiding Commissioner heard that two-term Missouri Republican U.S. Senator Roy Blunt had announced he would not seek re-election in 2022.

“I didn’t see that coming. It’s a high-stress job. I commend him for it,” Glasgow told the Sentinel on Friday. “I wish more congressional leaders would do that.

“When you’re in office too long, you can become complacent or jaded,” he added.

District 4 state representative Greg Sharpe (R-Ewing) stated all he had heard was speculation about Blunt’s intentions.

“I certainly respect, at his age (71), the decision to retire from public service,” Sharpe said. “He has certainly been a friend of agriculture. He was raised on a dairy farm. He was always friendly to me.”

Sharpe said Blunt’s first state-wide election victory was against his uncle, Gary, for Secretary of State in 1984. Gary Sharpe, a Democrat, was at one time superintendent of Marion County R-II in Philadelphia.

“They actually got along good,” Greg Sharpe said of his uncle and Blunt.

“Roy has been the consummate politician and I don’t believe I’ve known anyone who could outwork him,” O’Laughlin said in an email Sunday.

“He was particularly interested in mental health issues and, in my mind, knew his way around Washington well enough he could get things done where others might fail,” she added. “I thank him for his many years of service and wish him well in his future endeavors.”

“Senator Roy Blunt is the single most influential political leader in Missouri this century and the father of the modern Republican Party in Missouri,” Graves (R-Tarkio) said in a press release.

For his part, Blunt stated at a press conference in Springfield he felt good about his re-election chances.

Slight Price Increases to Begin at Clothes Closet in Edina 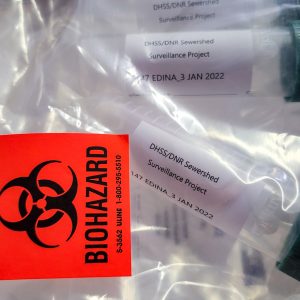