Firefighters from two rural volunteer departments scrambled to protect homes at the Dancing Rabbit Ecovillage overnight after a kitchen structure was consumed by flames.

The community is located in rural Rutledge, MO, in Scotland County.

Fortunately, no one was hurt in the blaze.

According to the Rutledge Volunteer Fire Chief Javi Gil, firefighters from Rutledge and Gorin were called to the structure fire at approximately 1:15 a.m. Wednesday, November 3, 2021.

The structure was a stand-alone kitchen, which was used by several families living in the eco-village.

Firefighters arrived to find the structure fully engulfed by flames, and focused their efforts on protecting other nearby structures, which included homes.

“This building was an outdoor kitchen,” said Rutledge Fire Chief Javi Gil. “Rutledge FD and Gorin FD worked together to save three structures at risk. We worked for approximately two hours until the buildings were safe. Scotland County Ambulance also showed up to assist in case of a medical emergency.”

According to Chief Gil, cold temperatures and the absence of windy conditions helped firefighters protect nearby structures. One home was only 15 feet from the blaze.

The Rutledge Volunteer Fire Department would like to take the opportunity to remind people to be cautious of fire hazards as temperatures drop and fire risk rises. It is also important to make sure fire detectors are present and functioning, chimneys are clean going into wood-burning season and bedroom doors are closed when going to bed. 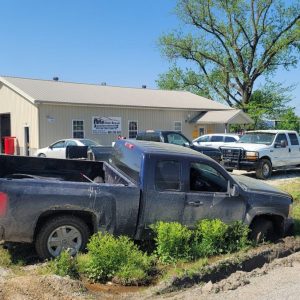 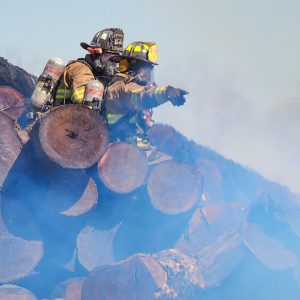