Please enter your email and we will send your username and password to you. 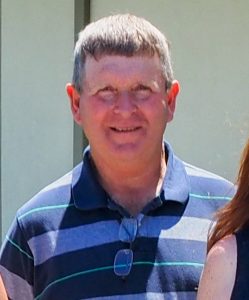 Cardwell will not be on the August 2 Primary Election Ballot. He will be added to the November General Election Ballot to be considered by Knox County voters.

According to the Knox County Clerk’s Office, Cardwell turned in a petition with 45 signatures to be added to the November ballot late Thursday morning. All but one of the signatures were verified by the County Clerk making way for the candidate to be added. The threshold of needed signatures of registered Knox County voters was only 33.

Before Cardwell presented his petition, it was thought that the Knox County Presiding Commissioner race would be decided on Tuesday, August 2, at the conclusion of the Primary Election. The only two candidates who signed up for the seat during the sign up period were Republican candidates Evan Glasgow (I) and Michelle R. Davis.

Cardwell declined to comment about why he is running for the office saying only that he will issue a press release and announcement early next week.

“I don’t want to take anything away from the Primary Election,” Les Cardwell told The Edina Sentinel Thursday afternoon. “I will get with you next week and do some stuff but I’m not going to do it now.”

The last day to present a petition to be added to the November ballot is Monday, August 1. It is unknown if Knox County will see any more late entries to this year’s election.