The Eagles participated in a different type of offseason workouts than in past seasons. This was due to restrictions placed in response to the threat posed by the Covid-19 virus.

Knox County is projected to begin their 2020-21 school year with approximately 130 students in grades 9-12. The District’s listed enrollment sits at 96 students, figured about two years ago in grades 9-11 per MSHSAA regulations.

Another contributing factor is the fact that approximately 13 schools have changed to 8 man football in the last two years. MSHSAA regulations state that a school district is limited to 150 students or less in grades 9-11 to be eligible to play 8 man football.

Schuyler County will play their first year of a stated two year commitment to 8 man football this season.

Head football coach Bruce Vannoy told the Edina Sentinel in a pre season interview that between 15 and 16 boys have been working out in preparation for the upcoming season. Vannoy said this was about the same as past seasons.

Bruce Vannoy said that the percentage of boys in the student body going out for football has remained constant for the last 10 years. The Eagles have averaged three freshmen out for football over the past three years. Coach Vannoy said he believed Eagle football numbers for 2020 would be about the same as recent years. Than number is typically between 25 and 30 players.

“We started working out June 1st up until last week,” Bruce Vannoy told the Edina Sentinel. “From that aspect it has been normal. That is a positive thing. We have not been in the weight room necessarily. We have been outside mainly.”

“We have lifted weights outside. We have focused on the whole body,” Coach Vannoy said. “We cancelled our football camp. We were having some issues. We made that decision. We will come back Monday and start our camp.”

Knox County as a community recently saw a spike in Covid-19 cases. The Knox County Health Department reported 27 total cases near the close of the first full week of August 2020.

Knox County was one of the final counties in the State of Missouri to not have a reported Corona Virus case, Knox County’s varsity softball camp was also cancelled.

“We normally have one or two 7 on 7’s,” Coach Vannoy said in response to a question about practicing against other schools during the summer. “We didn’t have that this time. Outside of that it was about as normal as it could be I guess.”

Knox County plans to have football practice from 3:30PM to 5:30PM weekdays during their first week of practice. Schools have the option of playing one other team in a Jamboree.

The four school jamborees were cancelled, along with softball jamborees due to concern over Covid-19. Knox County is scheduled to begin their 2020 varsity football schedule on Friday, August 28.

The Eagles will host Sweet Springs for their first game with a 7PM kickoff. Knox County was originally scheduled for a conference game with Schuyler County in Week One.

The Knox County District is scheduled to start school on August 25, 2020. According to MSHSAA Guidelines set down in a series of press releases, school districts can currently sponsor interscholastic sports even if no students physically attend classes.

Individual schools may set their own guidelines for return to play. The Knox County district has reportedly stated that if they are not having school, they will not play sports. 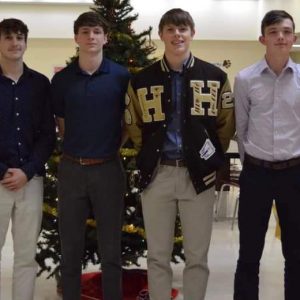